Before going into the detailed Stiffness Method for Beams, let’s discuss some basic concepts and the general matrix methods of analysis for indeterminate structures. 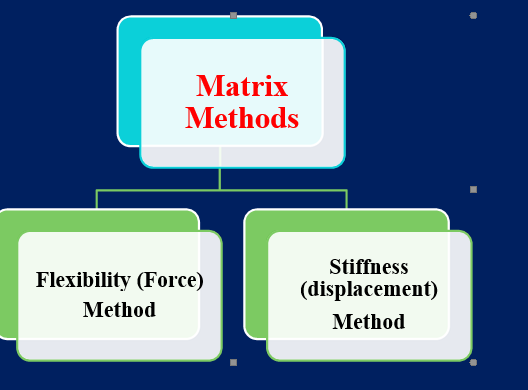 The redundancies are determined from these simultaneous equations. Static equations are then used to calculate the dimensioned internal actions. In this method, actions are treated as fundamental unknowns.

If an elastically behaving rod is exposed to an alternating axial tensile load (W), as shown in Fig.5.1 and a graph is drawn of load (W) versus displacement () the result will be a straight line as shown in fig. 5.2, stiffness is the slope of this line. 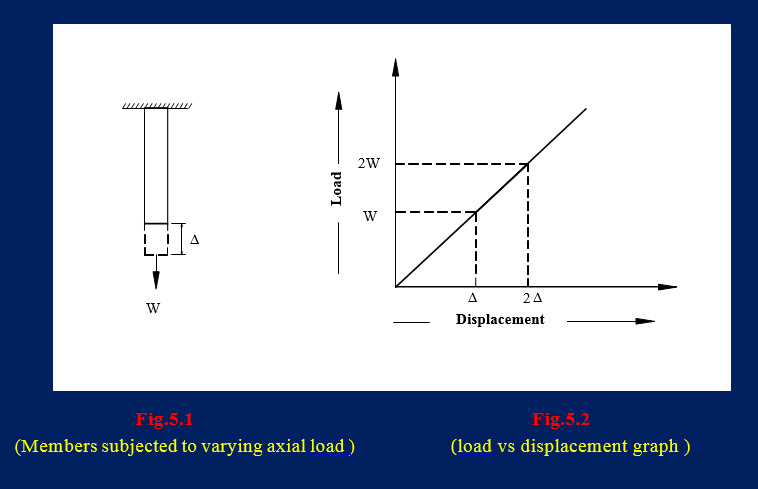 Mathematically it can be expressed as:

In other words, the stiffness “S” is the force required at a given point to cause the unit to move at that point.

We can write the above equation in the following form:

Where,
W = force at a given point
S = stiffness (k)
Delta = unit shift of the respective point.

Since the spring is linearly elastic i.e. actions and displacements are directly proportional i.e.

Generally for a planer structure 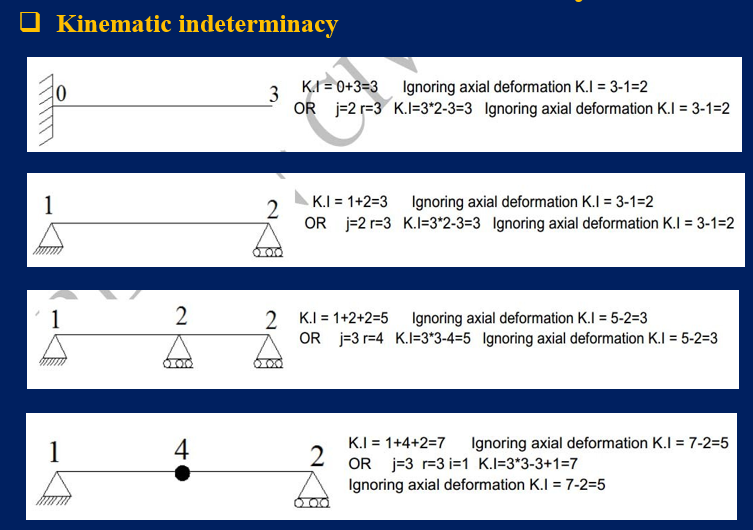 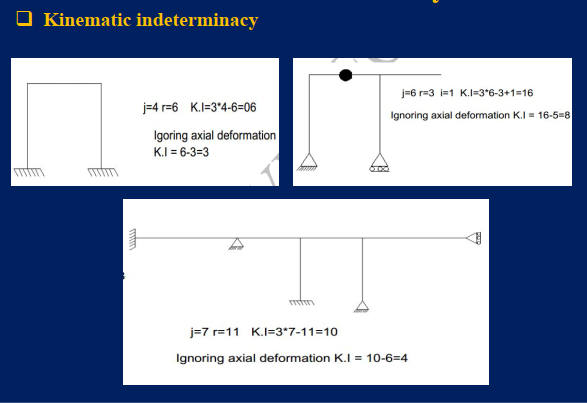 The general procedure of Stiffness Method for Beams

In this method, the degree of K.I is determined and the displacement components are identified.

     A coordinate is assigned to each independent displacement component. Thus D1, D2, D3……….Dn is the redundant displacement at 1,2,3……….n locations.

     If all the redundant displacements restrained the resultant structure known as Restrained structure or Basic kinematically determinate structure.

After the determination of the displacement, the unknown loads are determined from the compatibility equations by using the well-known load-displacement relationships. Thus, For n independent displacements.

• Step # 02: Now apply the actual loading as given in the problem on the BKDS (Basic kinematically determinate structure) and find the resulting actions at the locations of redundant joints ( calculate the fixed end actions) this will generate an ADL matrix.

• Step # 03: Apply the redundant joint displacement on the BKDS (To standardize the procedure, only a unit displacement is applied in the +ve direction) this will generate a stiffness coefficient matrix.

Let’s illustrate the above-mentioned procedure with the help of a general example for beams.

Step # 03: Apply a unit value of D on the BKDS & calculate the resulting stiffness coefficient values in the BKDS that correspond to the redundant joint displacement points.
• First, a unit rotation is applied at position 1 and prevented at position 2 as shown. Now Calculate the values of S11 and S21

Apply a unit rotation at the redundant displacement location * 2 and prevent it at 1 as shown. Finally, Calculate the values of S12 & S22. 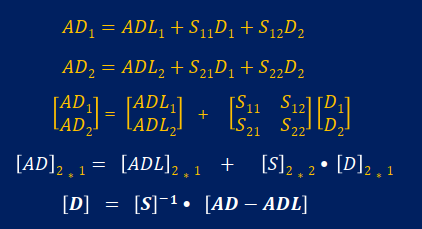 Step # 05: Calculate the element end actions, same procedure as described in the flexibility method.
Member endings: Member endings are the moments and shear at each point that they are changed. We can determine the member end effects with the stiffness method if the redundant joint displacements are known.
• Let’s illustrate the process of finding member actions by the Rigidity method using the above example as shown in Fig. 1.

Step # 02: Determine the member end effects (shear & moments) in the restrained structure under the actually applied loads (AMLn) at the specified locations.

Step # 03: Determine the member end effects (shear & moments) in the restrained structure if a unit acts during displacement 1. at redundant displacement point 1 and then at 2 (AMDn1 & AMDn2).
When a unit action is applied at redundant site 1 as shown. 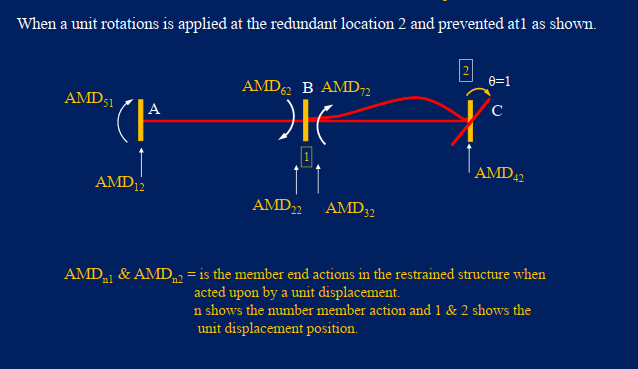 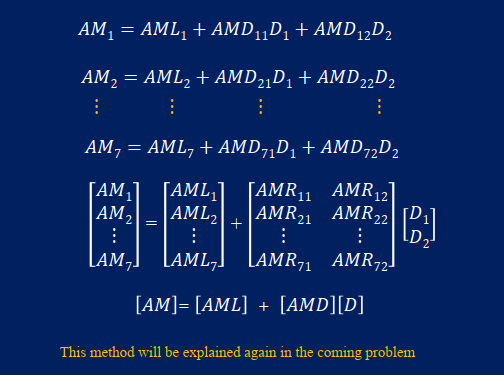 Some frequently asked questions about the stiffness method are discussed below:

Stiffness method is used to calculate

Using this method, we can calculate the deflection at any point on the beam.

The stiffness of a structure is defined as

The ability of a structural element to resist deflection or deformation when subjected to an applied force is referred to as a building’s stiffness. In general, this refers to how well the element resists bending or displacement under the influence of a supplied force.